Last year, when I was invited to present a solo exhibition in USF’s Thacher Gallery this February, I was also asked for a show title much earlier than I was prepared for. After some brainstorming, I ended up suggesting “Limning the Liminal,” since this felt like a safe catch-all term for something that comes up in my work relentlessly, whether I intend it or not. (To limn=to draw/paint/describe; liminal=threshold/passage). Since I wanted to use this exhibition as an opportunity to show a range of work from the past decade or so, this also felt like a term that would reconcile the relationships between these various projects. Liminality is one of those words that no one knows until they know it: usually it comes up in a class, and then all of a sudden, it’s apparent how pervasive it is in one’s life. There are some very complex and specific definitions of liminality in certain disciplines, but I understand it as simply the space in-between; of transitions and overlaps, of hybridity and change. In my disposition as well as my work as an artist, I find it impossible to see things as singular or fixed; this governs subject matter like immigration, identity and mortality, and determines that creative output be interdisciplinary. It just makes no sense to me to be so narrow in focus when it comes to theme or technique.

That said, I still felt mildly unsure that bringing the various projects together for the first time in the ginormous Thacher Gallery space would make sense. Would the nurses make sense with the earthquake paintings or the death songs prints? And what about the Carlos pieces, or the folders, or the witches? Would the illustration-style work make sense with the realistic canvases or the semi-abstract works on paper?

In the end, with everything in the space, the relationships have felt reassuringly clear; distinct from one another stylistically, but very much in conversation with one another. I had this thought flit across my head that it’s a gift to be able to speak multiple languages; rules of grammar underpin each language, which allow for translation and comprehension. So why should there be any kind of stigma in being able to work in multiple visual vernaculars? Not everyone will speak the same language, but everyone’s capable of getting the jist of the thing with a little effort. 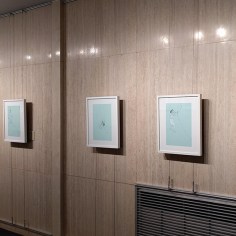 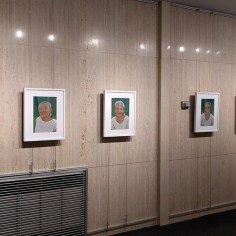 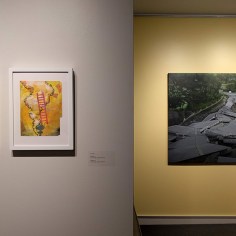 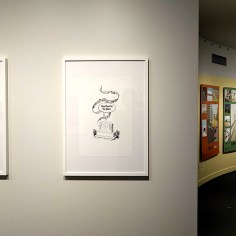 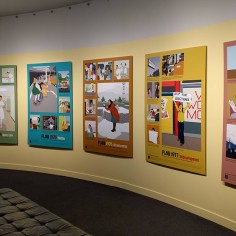 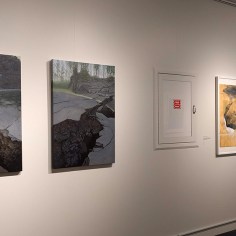 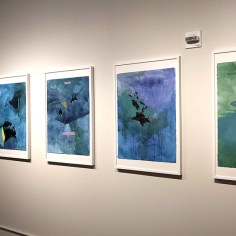 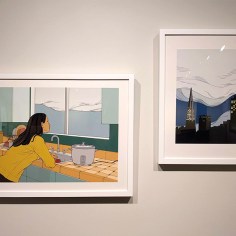