Motel Cucaracha was an installation revolving around the lonely, miserable lives of three separate cockroach guests, confined and isolated in their motel rooms. Visitors entered the motel-room-like-installation, which doubled as the set for a video piece involving all 3 cockroaches. The video played on the TV within the room, creating an endless cycle of despair.

The Motel explored certain classic notions of alienation and transformation, through the eyes of nature’s most reviled and most indomitable creature. What does it feels like to be small, brown and hated (or, to just think that you are?) Perpetual outsiders, immigrants, misfits: who belongs? Who doesn’t? The Motel raised questions about cultural difference and emotional alienation, filtered through a healthy level of absurdist tragi-comedy.

Just outside the Motel was a row of hand-made doorknob hangers. The typical phrases (“please make up room now” etc) were replaced with more plaintive, existential lamentations expressed by little illustrated cockroaches in a variety of tragic quotes in various languages.

A series of late-night winter salons, “Les Nuits des Cafards,” were hosted by one of the three Motel cockroaches. Every guest at Les Nuits Des Cafards was granted a membership to “La Société Des Cafards“, a private and elite society not unlike the Freemasons, Skull and Bones or Good Sam Club. 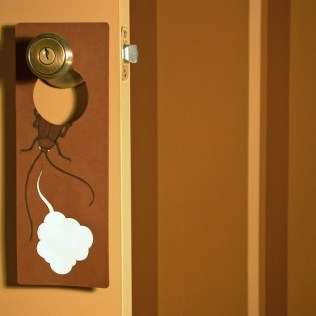 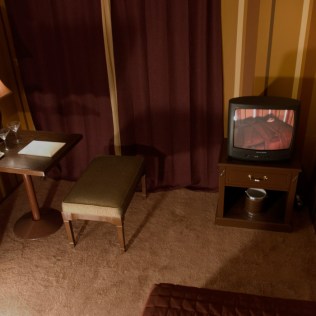 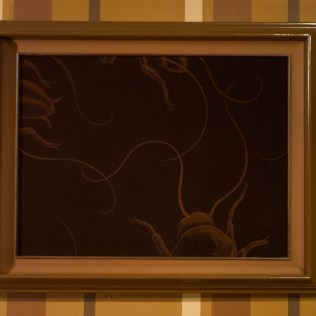 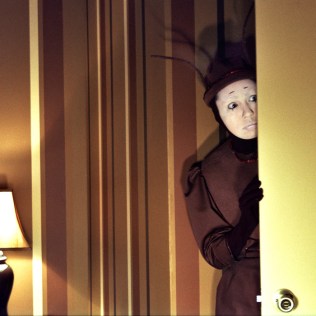 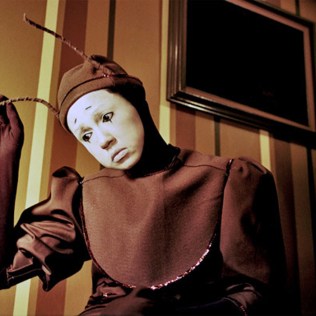 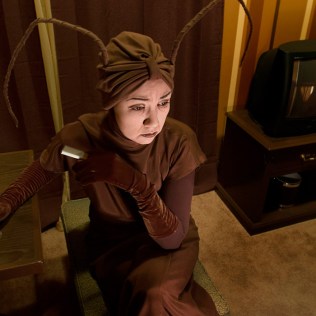 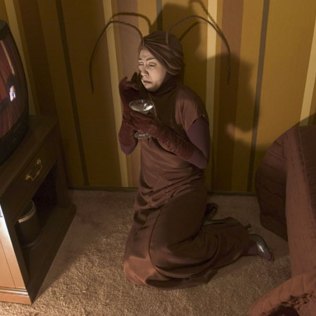 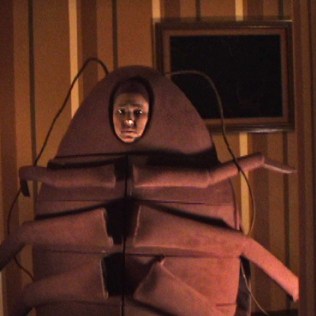 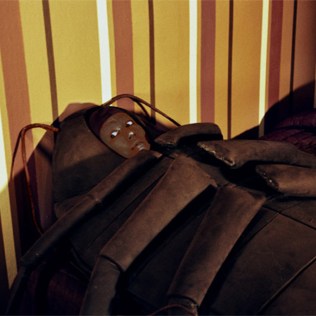 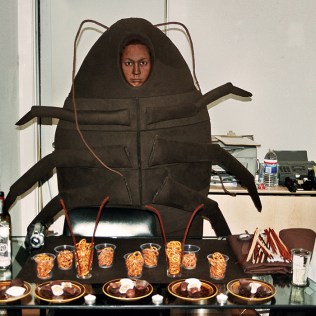 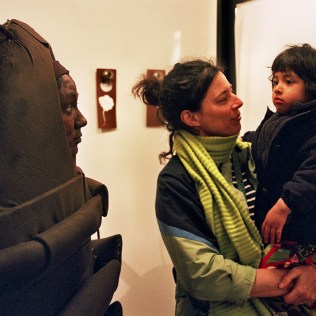 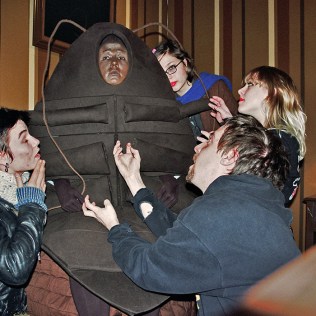 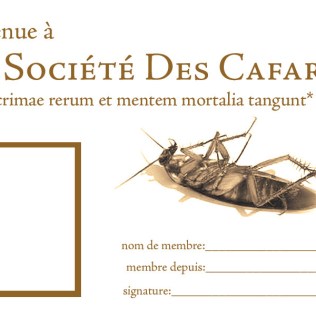 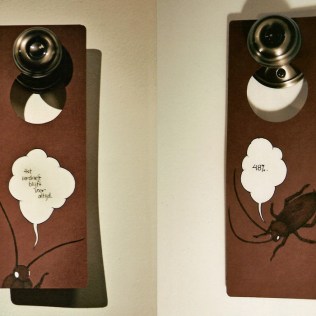 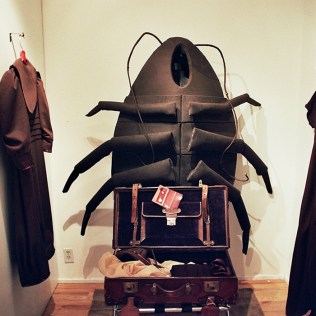