Earlier this spring, Chinese Culture Center curator Hoi Leung approached me regarding my potential inclusion in Present Tense Biennial 2019: Task of Remembrance, a group exhibition she was organizing. Since the exhibition’s theme was to focus on the global and local ramifications of key events from the year 1989, and since word had gotten back to her* about my ongoing 1989 Loma Prieta Quake fixation, she asked if I might be interested in participating.

The answer was of course  “yes”, but since the turnaround time between my Thacher Gallery show and the CCC show was very tight, I had little ability to prepare new work. After thinking on it a bit, I proposed that we revisit Earthquake Weather, my Loma Prieta web project, and see if it could be reconfigured for a gallery installation.

I began Earthquake Weather in 2014, having read some interesting essays about the year 1989 (2014 being the 25th anniversary of various significant events, from the collapse of the Eastern bloc to Tiananmen Square.)  With some local hindsight on what the Loma Prieta quake had ultimately wrought in the Bay Area (as well as with a new and keen interest in emergency preparedness, given the firefighters now in my family), I wanted to find a way to make the memories and changes resulting from the quake more visible. In a flurry of weeks leading up to the October 17 anniversary, my web project collected over 100 contributors’ stories from the quake’s era: I then tried to illustrate as many (about 50%) as I could. In subsequent years, I continued adding occasional story contributions to the site, but hadn’t carved out time to illustrate them. I’d always planned to attend to the site in earnest again in 2019, this being the 30th anniversary. Black and White Projects had agreed to host another Loma Prieta-related solo project of mine this fall anyway, so I’d been gearing up for more earthquake activity for sure. (Very excited about the Black and White Projects show, by the way: stay tuned for more on that!). So the CCC exhibition turned out to be a great way to plunge back into this subject.

After conferring with Hoi via email about what would work best, my site visit to the gallery cemented the best course of action. (Sidenote: site visits are always better than virtual speculation.) The resulting installation ended up being a little more involved than I’d hoped for, since I ended up editing almost 50 stories and images into a 26 minute video, on top of  printing an equivalent number of images out for installation (and creating a few new images, as well). So much for my grand plan to keep things simple and easy. 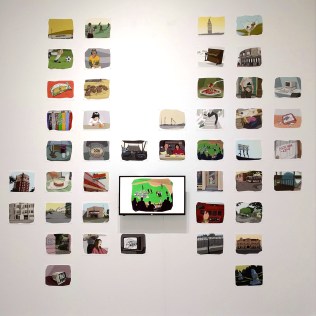 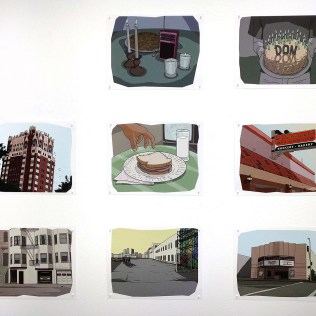 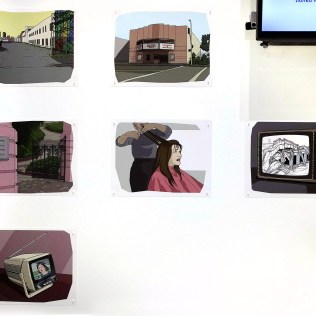 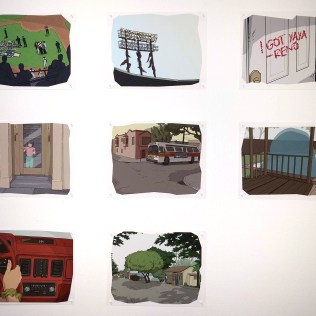 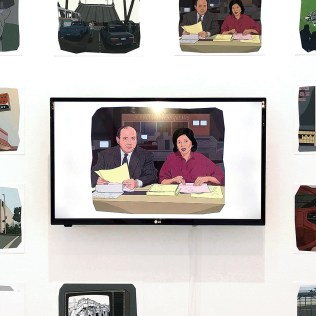 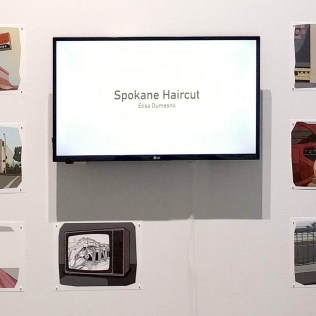 Still, I’m happy with the result. The images look good, and the video functions pretty well as a piece which can be drifted into and out of, whenever. (I’m not a fan of long-form videos which demand a captive gallery audience for their duration.) Arranging the prints in a ruptured grid around the monitor helped create a sense of the “break” that the quake generated in Bay Area culture, without oversimplifying it into a before/after binary, and allowed the images to breathe in a more curious and theatrical way. The images are, of course, still completely context-less without knowing the stories that they’re attached to, but my hope is that they do their job in luring people to actually read the extraordinary, funny, moving personal accounts that are on the website and the gallery monitor. Anyway, more tremors to follow this year. Hopefully just the creative kind; not in a rush to attend to the realities of another actual earthquake here just yet. In the meantime, it’s a pleasure to be in a show in a part of SF I love spending time in, and in the company of artists and curators I’m a big fan of, like Alice Wu, Related Tactics, and Hung Liu, among others.

*thanks to a little birdie with the initials CWY